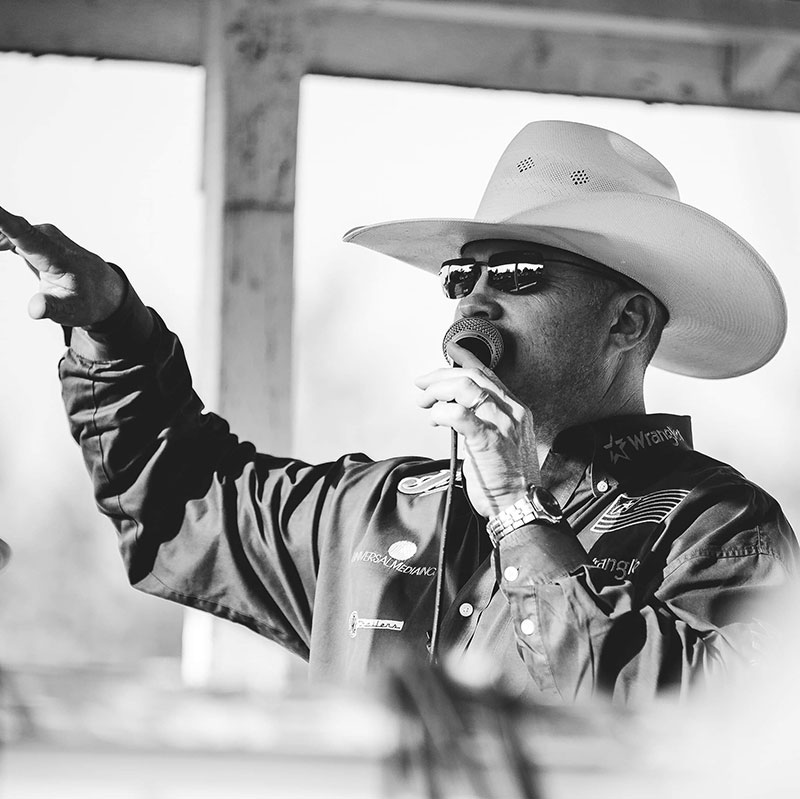 Greg comes back to the Adirondack Stampede Rodeo to announce for the 13th time since 2006! He has announced rodeos in 7 different cities in Australia, 7 Canadian Provinces and over 34 US States. Twice at the Ram National Circuit Finals! 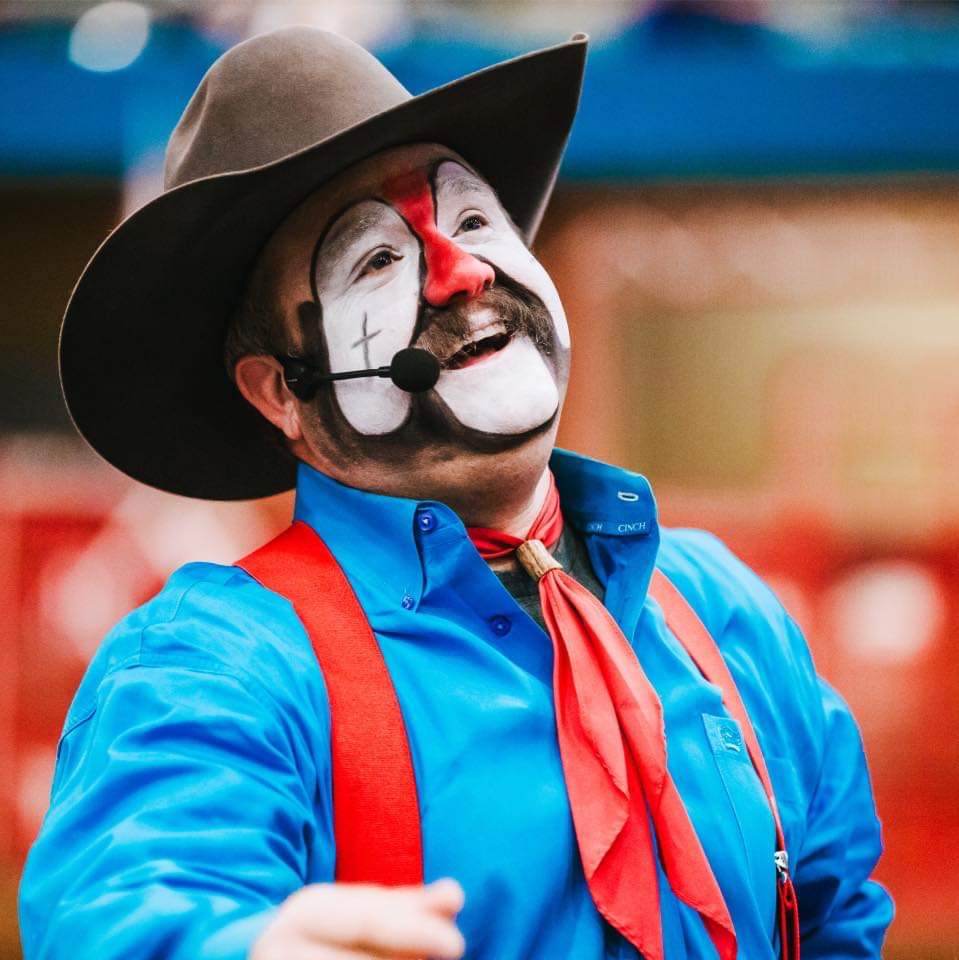 Rob Gann has worked in every aspect of rodeo. Growing up in a rodeo family taught him the importance of a good funny man in keeping a rodeo rolling with clean family entertainment. He has been selected by the bullriders to fight bulls at the International Finals Rodeo. 13 times he has fought bulls at the International Finals Youth Rodeo. In 2011 he was the funny man for both the Southern and Central Region finals. Rob served as the funny man at the 2019 National All Region Finals. Rob also serves on the board of directors as the Contract Acts Director for the IPRA. In 2021 he was voting in as the Barrelman for IFR52 which will take place in Guthrie, OK in the legendary Lazy E Arena in January of 2022. But mostly Rob is proud to be the father of 2 beautiful girls Laynee and Karoline. He makes his home in Lonoke AR with his wife Kim and a host of rodeo livestock that’s those girls enjoy being a part of. 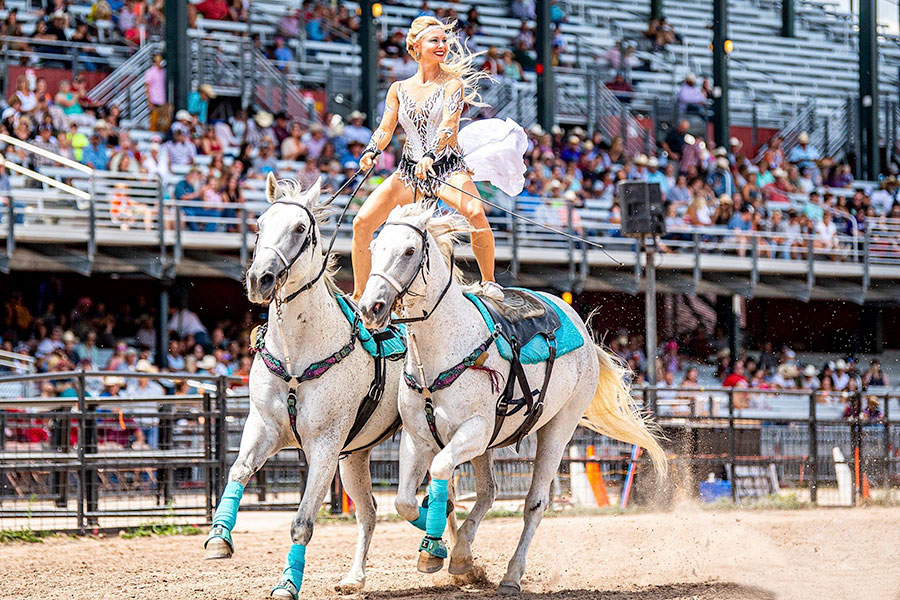 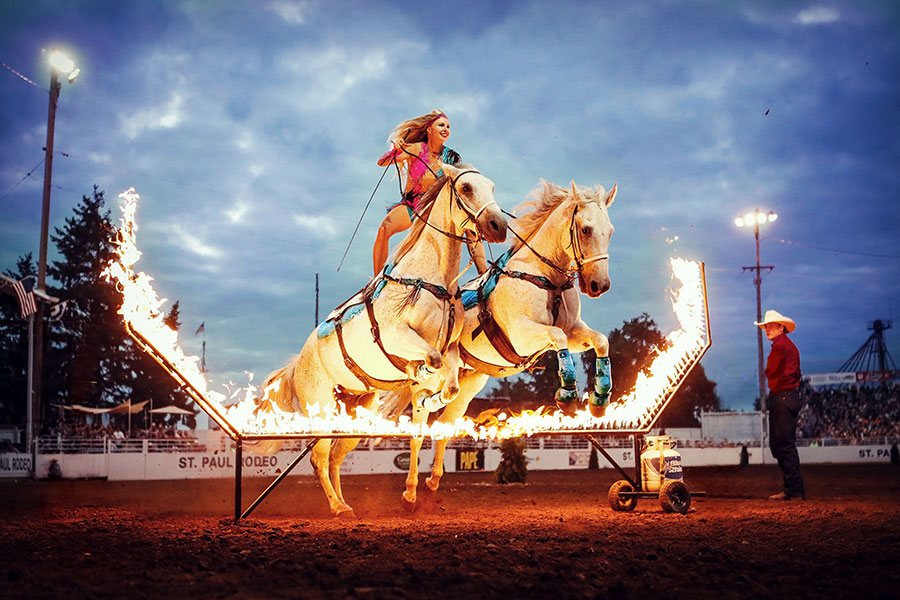 We are excited to announce that the beautiful Jessica Blair Fowlkes will be performing this year at The Adirondack Stampede Rodeo!! She was just selected to be at the WNFR this December in Las Vegas! Congrats Jessica!!! 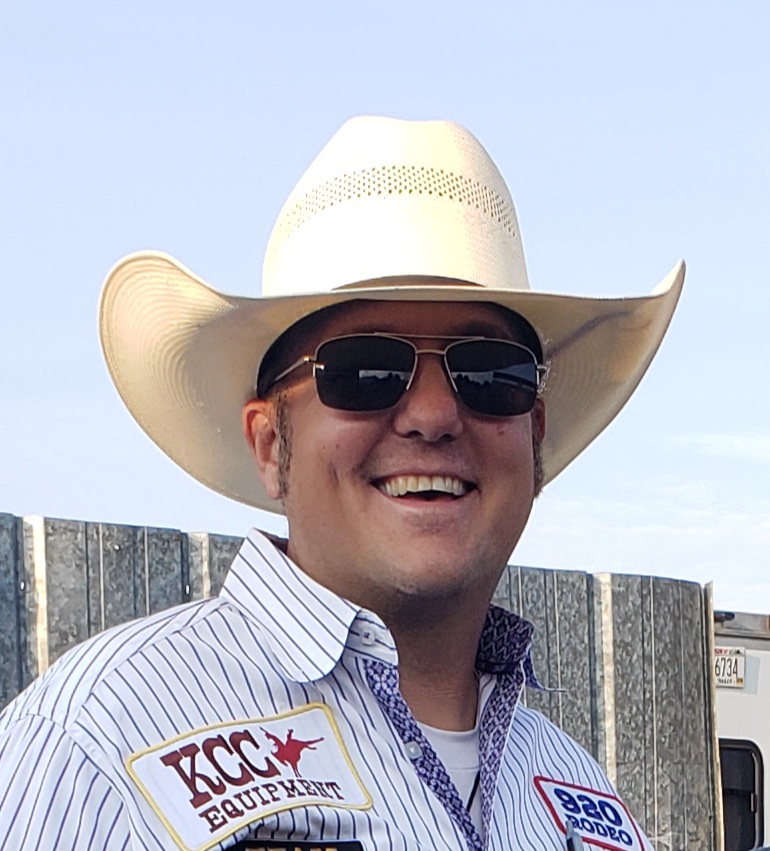 Music Director Jesse Knudsen was born and raised in "Rodeo City" of Manawa, WI. The 45year-old has traveled from Wisconsin to Florida, Massachusetts to Utah and everywhere in between. Knudsen has brought his musical talent to rodeos and Bullridings since 2012 and works about 30 events each year. In all told the former PRCA bullrider and PRCA bullfighter has had his talents displayed in 36 states.

The Wisconsin native was recently selected to be the National Finals Steer Roping Music Director in Mulvane, KS for the 1st time in his career. Knudsen is currently serving his 2nd term on the PRCA Executive Council as the Announcer / Music Director, a position that was voted on by his peers.

When Knudsen is not on the road, he enjoys spending time with his daughter Brenley Mae and following the Green Bay Packers and Wisconsin Badgers.

We encourage you to follow him on social media at 920rodeo 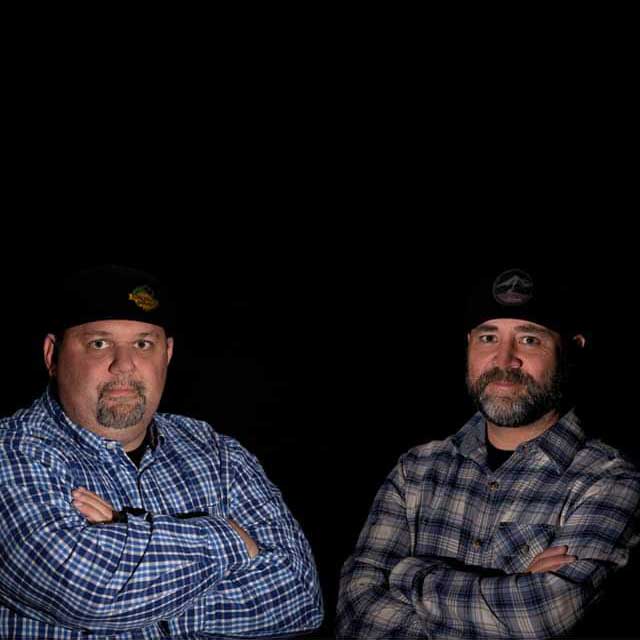